Just last Tuesday, we went swimming! Not really, Susu had a good swim (mostly floating around like a leaf), the couple swam a little and Raymond was mainly keeping his entire body underwater. I… was the security guard! I looked after their belongings, shifted the gears from one place to another, trying to catch some behind the scene with my pathetic phone underwater but failed miserably. It was only then that I realised that the phone cannot detect my touch once it’s in water. I placed the phone in a zipped lock bag you see… sigh… so I ended up playing a little with Medusa (my Nikon AW100 underwater compact camera) while I was standing at the edge outside the swimming pool. Grrr… 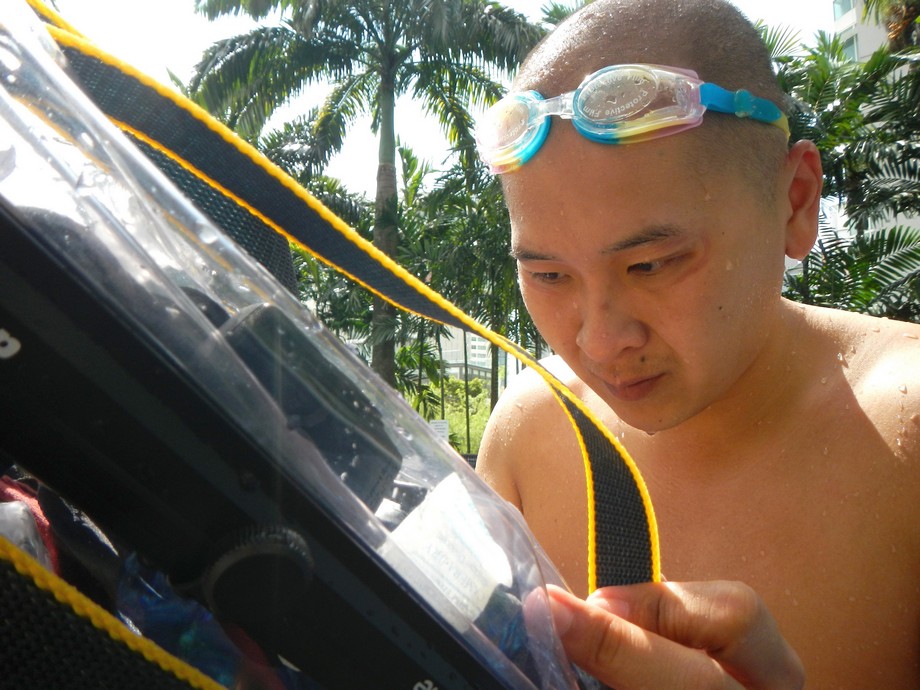 That’s Raymond wearing my swimming goggles. I can’t swim for nuts, but I got myself a pair of swimming goggle… in case of emergency back home you know… Like when you have to cook some food, fry some fish and the oil keeps splattering out like no tomorrow? It came in pretty handy! Hehehe.

But the goggles were a little small/tight for Raymond. After wearing it for bout 15 minutes or so, we were starting to see some markings forming around his eyes. 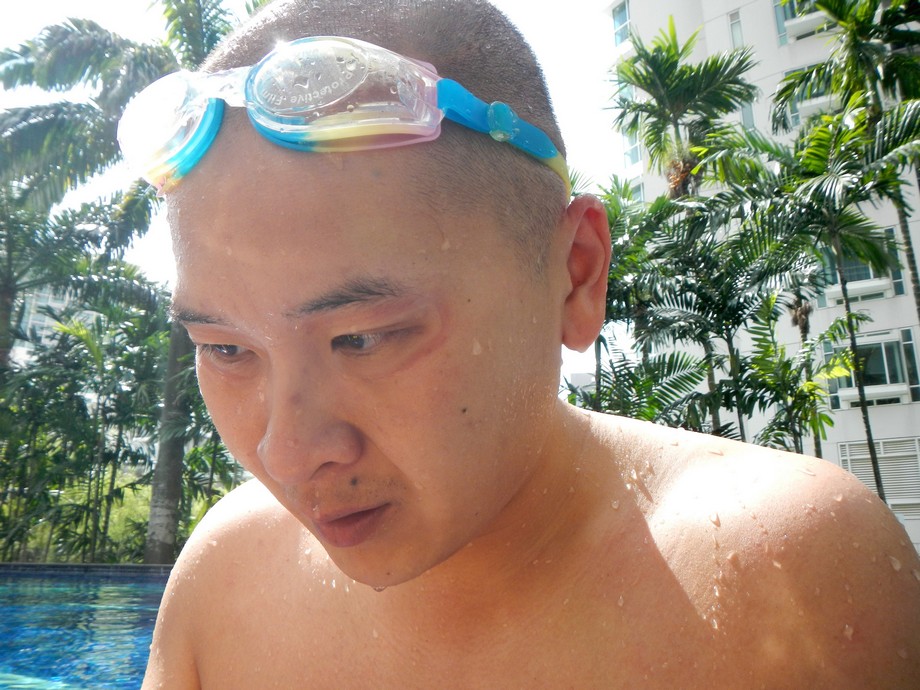 But it was all good! I was actually mentally prepared that it’ll rain as with the previous few days prior to the shoot, but thankfully we had good weather! Pool was clean, long enough to work about, just wished it was deeper. Everyone had fun! 😀 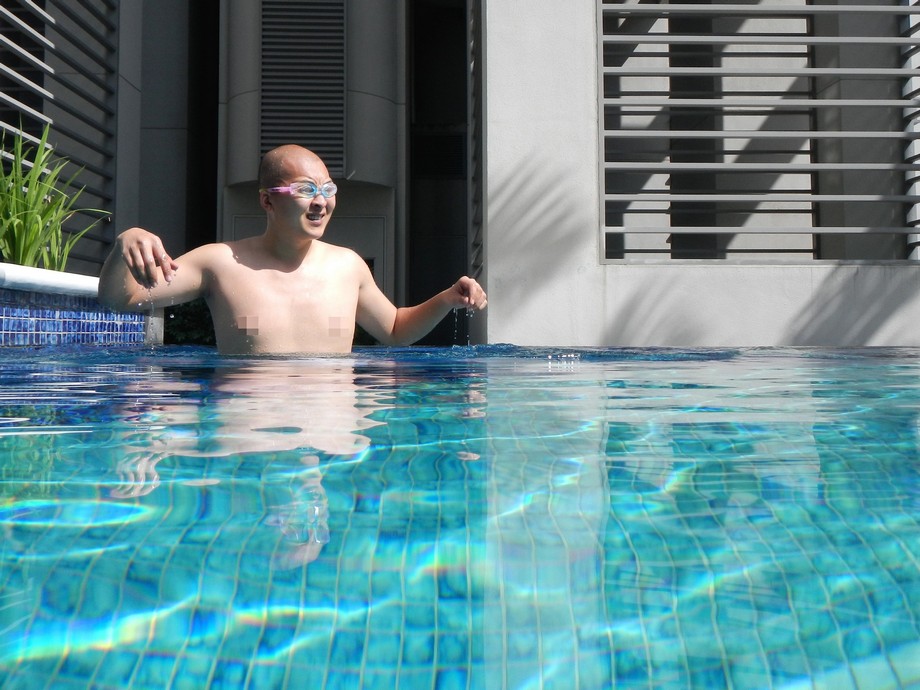 I actually have a lot of stuffs to blog about looking at the archives in my phone…. OMG… so much backlogs of photos and happenings to share! Most recent one being the chaos back in our office with the wires melting, causing sparks, and we had to change the DB circuit box plus rerun the wire… So lucky we’re still alive now considering how we conveniently and brainlessly stored ALL our flammable liquids just beside the DB circuit box. HAHAHA! We’d have become BBQ-ed by now if not for the fact that the aircon kept tripping, leaking and finally we had to call an electrician.

But now when the re-wiring is almost done, our fibre optic cable broke. We are internet-less now. Sigh… made me realise that we have depended too much on technology and taking things for granted. The internet speed we have in office is quite fast I must say, so now without the internet, we have to use our phone’s hotspot. It’s taking forever to load, and imagine we have huge chunks of files to transfer/upload/download…. Just last month I burst my data… exceeding by about 300+mb and I had to pay almost $9. I cannot imagine how much my bill will come this month.

Also we had a gan jiong moment when CNA (channel newsAsia) came over to our place for an interview on conceptualised pre-wedding (why couples are choosing to do their pre-wedding photoshoot in weird places and that sort of stuff). Because the night before the big day, the electrician was still doing the re-wiring. If that’s not done, we won’t have power at all… no lights, no fan, no aircon, no tv, no computer. We were up through the night since morning, electrician went without sleep working at the re-wiring for 26 hours… We almost had to do the interview downstairs at some random spot… End up electrician helped us connect the wires to the lights and aircon first while he work on the others really dangerously… Imagine electricity current was still running when he was working the wires… Was kinda worried that he’d become BBQ too.

So… we’ll just pray that the internet will be up really soon so that we can become more productive.

For those who’d like to see what the interview with CNA was about, check out;

If you’ve seen the news on TV, the photographer doing the NTUC is definitely not Raymond. Raymond is biiiig sizeeeed with noooo hairr…. so his head will shine bright like a diamond… HAHAHAHAHAHA!! But the photographer who’s being interviewed is Raymond himself (if you haven’t seen him before). He was a little nervous and zombified due to the lack of sleep staying up with the electrician, but if you meet him in person, he’s one big joker. Haha!

I can’t grab the code to embed the video here, but for those interested, check it out on Youtube: http://youtu.be/GJ_IlzOX8RM